Arthur Curry, AKA Aquaman, is a superhero from DC Comics. He appeared in the 104th episode and Season 6 Premiere of DEATH BATTLE!, Aquaman VS Namor, where he fought against Namor from Marvel Comics.

Arthur Curry was born to Lighthouse Keeper Thomas Curry and the Queen of Atlantis, Atlanna. As he grew older, Arthur discovered he had superhuman abilities thanks to his Atlantean heritage and was destined to become the King of Atlantis.

Through various trials and tribulations, Arthur becomes the king and a superhero known to the public as "Aquaman", a founding member of the Justice League. 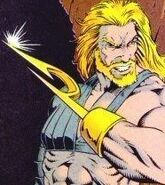 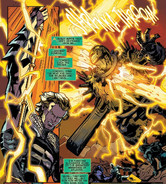 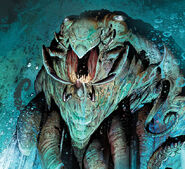 Topo
Add a photo to this gallery

Retrieved from "https://deathbattle.fandom.com/wiki/Aquaman?oldid=1063404"
Community content is available under CC-BY-SA unless otherwise noted.