Benjamin "Ben" Tennyson, AKA Ben 10, is the main protagonist of the series of the same name. He appeared in the 109th episode of DEATH BATTLE!, Ben 10 VS Green Lantern, where he fought against Green Lantern from DC Comics.

Benjamin "Ben" Kirby Tennyson was an ordinary ten-year-old boy who looked forward to spending his summer vacation goofing off and playing video games. But his Grandpa Max had different ideas, taking Ben and his cousin Gwen out on a national road trip to see the nation's most famous and quirky sights. It would have been one boring summer if not for a strange shooting star that flew over the Tennyson's campsite. Intrigued, Ben followed the fallen object to its landing site, upon which he quickly found himself forcibly bonded to a strange "watch" that allowed him to transform into ten different alien "heroes". Now sucked into the world of supernatural and intergalactic threats, Ben quickly discovered that this summer was going to be anything but boring.

Ben appeared in Season 5 of DBX, where he fought against Danny Phantom from the series of the same name and won. 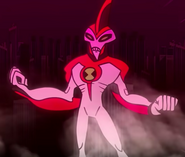 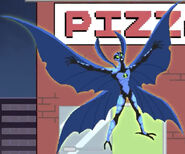 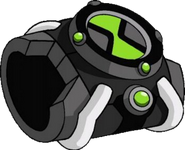 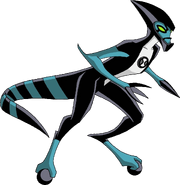 Master Control
Add a photo to this gallery

Retrieved from "https://deathbattle.fandom.com/wiki/Ben_Tennyson?oldid=1097155"
Community content is available under CC-BY-SA unless otherwise noted.