William "Billy" Butcher is one of the main protagonists of the The Boys series. He appeared in a Bonus Episode of DEATH BATTLE!, The Seven Battle Royale, where he fought against Queen Maeve, A-Train, The Deep and Starlight.

Billy Butcher is the leader of the Boys and a former SAS operative who distrusts all individuals with superpowers. He has a particular hatred towards Homelander, who he believes is responsible for the disappearance of his wife. 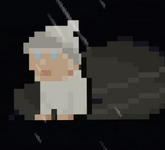 Butcher's "Laser Baby"
Add a photo to this gallery

Retrieved from "https://deathbattle.fandom.com/wiki/Billy_Butcher?oldid=1095154"
Community content is available under CC-BY-SA unless otherwise noted.