Boomstick is one of the two hosts of DEATH BATTLE! alongside Wiz. Being the comedic foil to Wiz, he's usually the one providing the comedy relief and making (usually inappropriate) jokes, and noting how hot several of the female competitors are. He still does help with giving information on the fighters, being a "Weapons Expert" of sorts. He's also started his own VS show, DBX, which he hosted for three seasons before getting replaced by Ringmaster in Season 4, and he also commentates Death Race alongside Wiz.

Boomstick is a stocky man, who wears a red and white trucker cap, a half-tucked, beer-stained t-shirt, covered by a red plaid coat with ripped sleeves. He has a mustache and a stubble beard. His right leg has been dismembered and replaced with a shotgun, and his left arm has a tattoo which says "Mom".

Boomstick, based on his personality and immaturity, may come across as a bit of moron, but he usually proves to be far smarter than he looks, especially when it comes to guns, as it's him, not Wiz who goes into all the science of them. In the one hundredth episode, Boomstick was also able to accurately determine the monetary value of a solid gold Chain Chomp within seconds of Wiz calculating its total weight, without any assistance from Wiz whatsoever, and Wiz himself is surprised by this.

Boomstick is also incredibly vulgar and risque as opposed to his calculative and serious co-host. He often expresses his attraction to the several of the "hot" female combatants, and in Gray VS Esdeath, he seems to be oddly sexually attracted to Esdeath's "craziness".

He happens to have quite a bit of sensitivity to the death of certain characters, as seen when Aerith's death was brought up in Yang VS Tifa, and when Optimus Prime's death in The Transformers: The Movie was discussed in their preview for Optimus Prime VS Gundam.

Boomstick is apparently a bird expert but states he hates chickens after a bunch of them supposedly killed his grandfather.

He is shown to be easily tricked if he thinks he can get a superpower, like when Wiz tricked him into eating fire so he could get fire powers like Natsu. 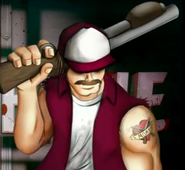 Boomstick's artwork prior to his official reveal. 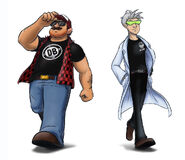 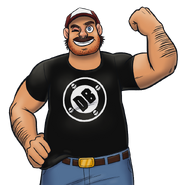 Boomstick as an Animal Crossing character

Artwork promoting RTTV
Add a photo to this gallery 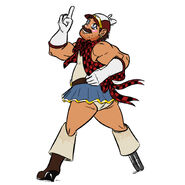 Sailor Boomstick
Add a photo to this gallery 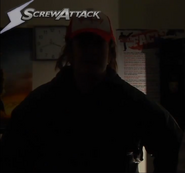 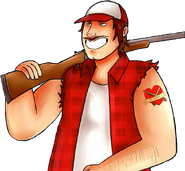 Artwork of Boomstick used in "Wiz VS Boomstick RAP BATTLE! Written by YOU!"

Boomstick in Seasons 5 and 6

Cameo in Batman VS Iron Man 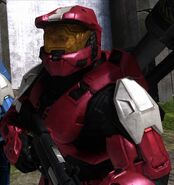 Boomstick in Meta VS Carolina

Boomstick with the Mega Buster 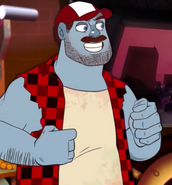 Boomstick with blue skin as a result of drinking corrosive silver 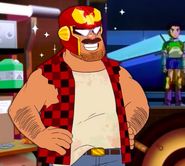 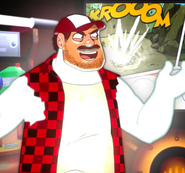 Boomstick after he drank too many glowsticks 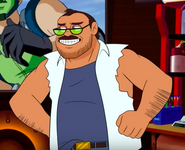 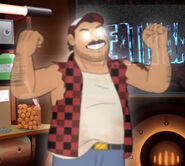 Boomstick with Speed God powers
Add a photo to this gallery 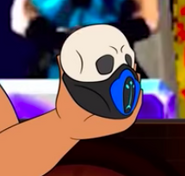 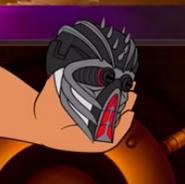 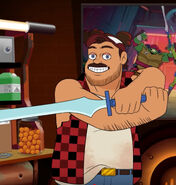 Boomstick with Leonardo's Mystic Odachi
Add a photo to this gallery

Retrieved from "https://deathbattle.fandom.com/wiki/Boomstick?oldid=1128188"
Community content is available under CC-BY-SA unless otherwise noted.