Daniel "Danny" Fenton was an average 14-year-old boy, until one day, his parents created a new invention, the Fenton Portal, in hopes of opening a gate to a mysterious dimension called the "Ghost Zone". But when Danny's parents tried to activate the portal, it didn't work and they walked away sadly. Danny decided to check to see if something was wrong, but upon pressing a button inside it, the Fenton Portal turned on and zapped him with a blast of ecto-energy. As a result, his molecules were fused with Ghost DNA, giving him the powers and abilities of a ghost.

From then on, sporting the name "Danny Phantom" as his superhero alter-ego, Danny became the hero of his hometown, Amity Park, protecting it from evil ghosts and other threats, alongside his best friends, Sam Manson and Tucker Foley, and eventually, his sister, Jazz. But while fighting ghosts continues to be his top priority, Danny still struggles in school and is constantly avoiding those trying to capture him, ranging from the Guys in White, his friend and classmate, Valerie Gray, and even his own parents.

Danny appeared in Season 5 of DBX, where he fought against Ben Tennyson from the Ben 10 series and lost. 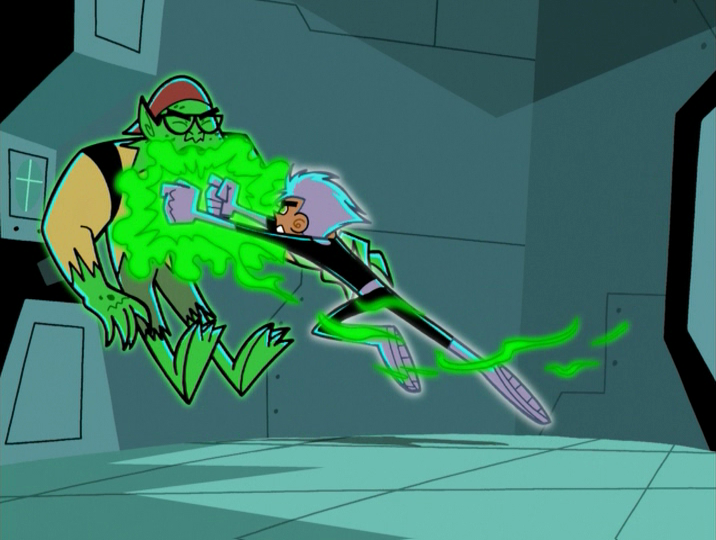 Fenton Thermos
Add a photo to this gallery

Retrieved from "https://deathbattle.fandom.com/wiki/Danny_Phantom?oldid=1077046"
Community content is available under CC-BY-SA unless otherwise noted.