Dante is the main protagonist of the Devil May Cry series. He appeared in the 58th episode and Season 3 Premiere of DEATH BATTLE!, Dante VS Bayonetta, where he fought against Bayonetta from the series of the same name.

The Legendary Dark Knight Sparda was renowned throughout the world as the demon that turned his back on his own kind and separated the human world from the demon world. After marrying the human Eva, both Vergil and Dante were born. But shortly after, Sparda disappeared, and his life and his younger brother's would be forever changed after watching helplessly as their own mother was murdered by demons.

Left bitter by the event, Dante took it upon himself to hunt down any and all demons that meant harm to humans. He became a demon hunter for hire, taking on any demonic task as long as it pays, though he has made a few occasions when the fate of the world is at stake.

He long despised his demonic heritage, refusing to utilize it, but he has since started to master it.

Dante appeared as one of the outfit options Frank West was scrolling through from a video game arcade machine in his fight against Leon S. Kennedy.

Dante appeared in Season 1 of One Minute Melee, where he fought against Ragna the Bloodedge from the BlazBlue series and lost.

Dante appeared in Season 2 of DBX, where he fought against Kratos from the God of War series and won. 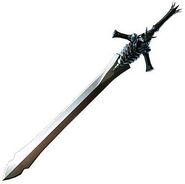 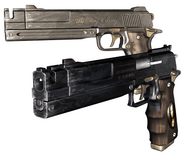 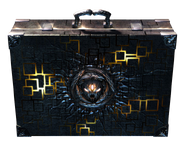 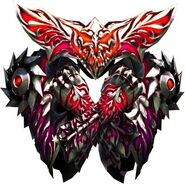 Quicksilver
Add a photo to this gallery

Retrieved from "https://deathbattle.fandom.com/wiki/Dante?oldid=1073525"
Community content is available under CC-BY-SA unless otherwise noted.