Start a Wiki
Death Race is a spin-off series based off DEATH BATTLE!. In this series, combatants will race to the death.

The show is hosted by Ringmaster, with Wiz and Boomstick being the commentators during each race. The official theme for Death Race is known as Time for a Death Race!.

Death Race consists of a race against four vehicles with no research similar to DBX. The victor is decided by who crosses the finish line first, regardless of condition.

Four of Batman's iconic rides face-off in a race of speed, wit, and brutality. One will win... most won't survive! It's time for a DEATH RACE!

(Music Used: Battle of the Bats)

(Note: This is the first episode where the winner of the race dies before they can pass the finish line.)

(Note: This is the first episode where the winner of the race was alive when they passed the finish line. However, Optimus ends up committing suicide after finishing the race for cheating.)

Nintendo and Sega's darling racers face-off in a deadly game of Mario Kart meets F-Zero! Only one will win, and most won't survive!

(Note: This is the first episode where there is a different requirement to winning the race as the goal was to deliver pizza successfully rather than just cross the finish line. This is also the first episode where there is no theme between the racers. While the DeLorean did technically reach the finish line first, its pizza was damaged (and possibly replaced), so it was disqualified.) 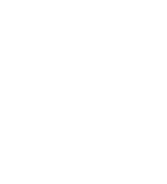 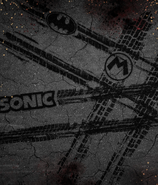 Background seen on the Rooster Teeth website
Add a photo to this gallery
Retrieved from "https://deathbattle.fandom.com/wiki/Death_Race?oldid=1021431"
Community content is available under CC-BY-SA unless otherwise noted.