Dr. Ivo "Eggman" Robotnik was the grandson of Gerald Robotnik. He became an evil scientist determined to take over the planet and build Eggmanland, but his plots are often foiled by his arch-enemy, Sonic the Hedgehog.

Dr. Eggman appeared in Season 1 of One Minute Melee, where he fought against Bowser from the Super Mario series and lost.

He also appeared in Wario VS Knuckles, where he stole the Master Emerald while Knuckles was busy fighting his opponent, as well as in Shadow VS Vegeta, where he was defeated by Shadow and about to be killed, but spared thanks to the intervention of Vegeta. Later in Luigi VS Tails, Tails was about to finish Eggman off before Luigi stepped in. He was finally stopped by Tails at the end of the episode, and both Tails and Knuckles beat him up after the fight.

Dr. Eggman made a cameo appearance in the beginning of the Season 4 Finale of DBX, Batman VS Iron Man, where he can be seen in the crowd during the auction. 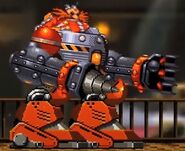 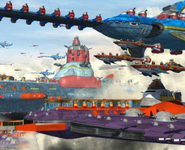 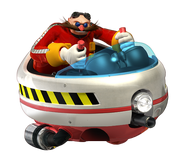 Eggman in the Egg Mobile 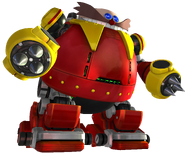 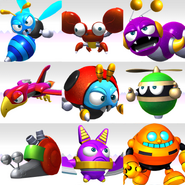 Eggman's Badniks
Add a photo to this gallery

Retrieved from "https://deathbattle.fandom.com/wiki/Dr._Eggman?oldid=1064312"
Community content is available under CC-BY-SA unless otherwise noted.