After being continuously out-shined by his insensitive colleague, Dr. Light, Dr. Albert W. Wily turned to a life of crime in an attempt to achieve fame and power. Whether through his own engineering or impressive hacking, over the years, Wily developed a large, diverse robot army built on the ideals of both solid defense and ranged firepower. However, he is often foiled by Dr. Light's greatest creation, Mega Man. 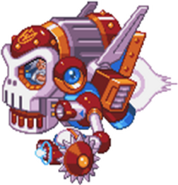 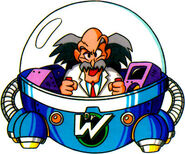 Wily in the Wily Capsule 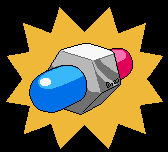 Roboenza Virus
Add a photo to this gallery

Retrieved from "https://deathbattle.fandom.com/wiki/Dr._Wily?oldid=1027814"
Community content is available under CC-BY-SA unless otherwise noted.