Mathias Cronqvist, AKA Dracula Vlad Ţepeş, is the main antagonist of the Castlevania series. He appeared in the 116th episode of DEATH BATTLE!, Ganondorf VS Dracula, where he fought against Ganondorf from the The Legend of Zelda series.

The man later known as Dracula was originally born Mathias Cronqvist. Sometime during the mid to late 11th century, he served in a company of knights alongside then Baron Leon Belmont. With Mathias's brilliant military strategies and Leon's skill with a sword, their company was unstoppable. Little is known of Mathias's early life or his family, save that they seem to have been longtime practitioners of Alchemy and had advanced further into the study than most alchemists could have ever dreamed. Mathias was very well educated and quite skilled in the art, though he never told Leon or any of the other compatriots of his knowledge, with the notable exception of Rinaldo Gandolfi, whom he had met at an unspecified time. Mathias married a woman named Elisabetha who he was deeply in love with. While away on a campaign against heathens in the east, Elisabetha died due to illness. Upon returning and learning of her death, Mathias was overtaken with despair so profound that he became bedridden, presumably worrying Leon considerably, as Mathias was the strategist and tactician of the company. During that time, Mathias grew angry at God for allowing Elisabetha to die such an early death while he was away risking his life and fighting in God's name. He thought it was unjust and unfair for God to take away what mattered most to him, when he had given God so much and when Elisabetha was such a pure and blameless woman who has not deserved to die. Mathias began searching for ways to become immortal and show God that he didn't have a final say in everything and that he could defy God's decrees by existing outside them and scorning God in his eternal life. He learned about the Crimson Stone, considered to be a treasure among vampires. Through some means, the stone came into Mathias's possession and he planned to use it to ascend to immortality. 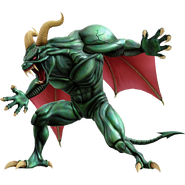 Matthias Cronqvist before he became Dracula 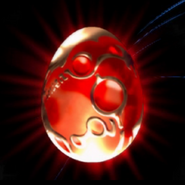 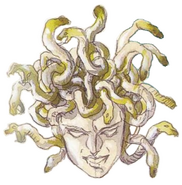 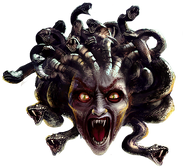 Retrieved from "https://deathbattle.fandom.com/wiki/Dracula?oldid=1074120"
Community content is available under CC-BY-SA unless otherwise noted.