The Goomba is an antagonist from the Super Mario series. He appeared in the fourth episode of DEATH BATTLE!, Goomba VS Koopa, where he fought against fellow Super Mario enemy Koopa Troopa.

The Goombas used to be steadfast allies of the Mushroom Kingdom. After years of oppression due to their low intelligence and short stature, they betrayed their own mushroom brethren and became the backbone of Bowser's vast army. They are considered some of the weakest of Bowser's army as it only takes one stomp from Mario's foot to bring them down.

Some Goombas make a cameo in Bowser VS Ganon as minions by Bowser's side until they are killed by Ganondorf.

Goombas appeared alongside other minor Mario and Kirby enemies in the audience of Wario VS King Dedede.

Goombas appeared in Season 4 of One Minute Melee, where they fought against Waddle Dees from the Kirby series and ended up tying.

Many Goombas and Koopa Troopas appeared at the end of Mario VS Luigi, where they celebrated Bowser Jr.'s birthday party, until it got interupted by the fight between the Mario Bros., who quickly got thrown out by Bowser. 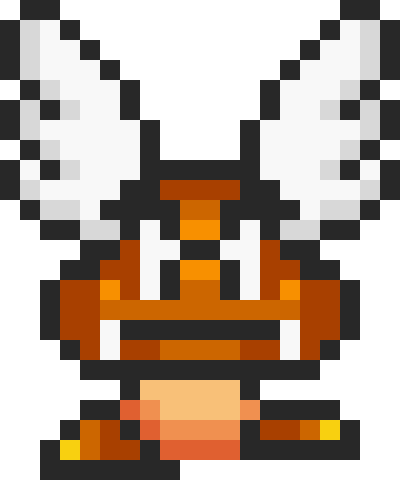 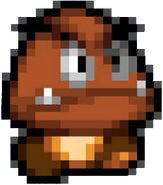 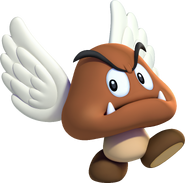 A Goomba somehow playing baseball
Add a photo to this gallery

Retrieved from "https://deathbattle.fandom.com/wiki/Goomba?oldid=1041237"
Community content is available under CC-BY-SA unless otherwise noted.