Harry Potter is the main protagonist of the series of the same name. He appeared in the 15th episode of DEATH BATTLE!, Luke Skywalker VS Harry Potter, where he fought against Luke Skywalker from the Star Wars series.

Shortly after his birth, Harry Potter's parents were murdered by the Dark Wizard, Lord Voldemort resulting in the Potter family to hiding and Harry being raised by his aunt as an orphan. Once he came of age, Harry started attending Hogwarts School of Witchcraft and Wizardry, where he learned to practice magic and realize his potential as a wizard with his friends, Ron Weasley and Hermione Granger. Harry finds out that his fate is tied to Voldemort and spends his school years fighting the villain's forces before facing off against the Dark Lord in a final battle.

Harry made a cameo appearance in the beginning of the Season 4 Finale of DBX, Batman VS Iron Man, where he can be seen in the crowd during the auction.

Harry appeared in the second episode of Death Race, where he and his friend Ron Weasley raced in their Flying Ford Anglia against Optimus Prime from the Transformers series, Thomas the Tank Engine from the Thomas & Friends series and Lightning McQueen from the Cars series.

They were eliminated first by Thomas the Tank Engine using his fire breath on the Flying Ford Anglia, which resulted in a giant explosion that killed the two of them. 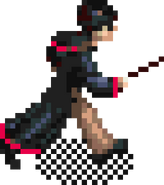 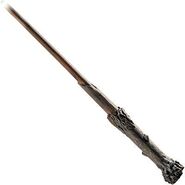 Sectumsempra
Add a photo to this gallery

Retrieved from "https://deathbattle.fandom.com/wiki/Harry_Potter?oldid=1122325"
Community content is available under CC-BY-SA unless otherwise noted.