Jak was born in Haven City where he lived as a young child until he was taken from his father Damas by Count Veger, only to have him lost to the Underground movement, which was headed by a Young Samos and Torn, which led to the events in Jak II. Young Samos then took Jak back in time, to Sandover Village in The Old World in the hope of protecting him.

Daxter is Jak's sidekick and closest friend. He is turned into an ottsel (half otter, half weasel) after being exposed to Dark Eco. Daxter's accident would lead the story's plot as he seeks help from the main antagonist, Gol, to turn him back to normal. 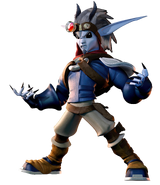 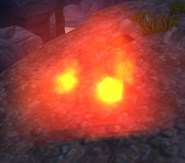 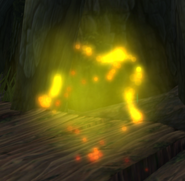 JET-Board
Add a photo to this gallery

Retrieved from "https://deathbattle.fandom.com/wiki/Jak_%26_Daxter?oldid=1009460"
Community content is available under CC-BY-SA unless otherwise noted.