Machamp is a creature from the Pokémon series. It appeared in the 125th episode of DEATH BATTLE!, Goro VS Machamp, where it fought against Goro from the Mortal Kombat series.

Machamp is a large, humanoid Pokémon with four well-muscled arms who is the final evolution of the Machop line who evolves from Machoke via trading. Using its four arms to its advantage, a Machamp could throw at least 1000 punches in a second, and could attack and defend itself simultaneously. In the Galar region, some Machamp's have the ability to utilize Gigantamax. 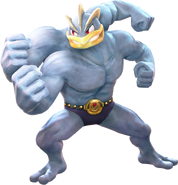 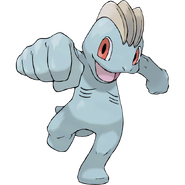 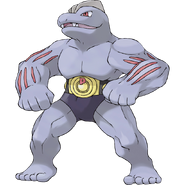 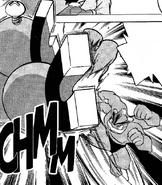 Rapid Punches
Add a photo to this gallery

Retrieved from "https://deathbattle.fandom.com/wiki/Machamp?oldid=1069690"
Community content is available under CC-BY-SA unless otherwise noted.