Mario is the main protagonist of the Super Mario series. He appeared in the 13th episode of DEATH BATTLE!, Mario VS Sonic, as well as the revisit in the 100th episode, where he fought against Sonic the Hedgehog from the series of the same name.

Mario was born as one of the seven Star Children destined for greatness. He and his little brother, Luigi, eventually found jobs in New Donk City as humble plumbers, until they somehow wound up in the Mushroom Kingdom. The brothers soon learned that the kingdom had been conquered by the notorious Koopa Troop and its ruler, Princess Peach, had been kidnapped the evil Koopa King, Bowser. Being the Good Samaritans they are, the Mario Brothers eventually saved the kingdom, defeated Bowser, and rescued the princess.

Mario appeared in Season 5 of One Minute Melee, where he fought against his DEATH BATTLE! opponent Sonic the Hedgehog and won.

Prior to that, Mario has made cameos in "Bowser VS Mecha Sonic" and "Goomba VS Waddle Dee".

Mario appeared in Season 2 of DBX, where he fought against his younger brother Luigi and ended up drawing due to Bowser's interference.

He later made a cameo appearance in the beginning of the Season 4 Finale of DBX, Batman VS Iron Man, where he can be seen in the crowd during the auction.

Mario appeared in the Season 1 Finale of Death Race, where he competed in his Standard Kart from the Mario Kart series against Captain Falcon in his Blue Falcon from the F-Zero series, his DEATH BATTLE! opponent Sonic the Hedgehog in his Speed Star, Doc Brown in his DeLorean from the Back to the Future series, Takumi Fujiwara in his Toyota AE86 from the Initial D series, and a Scout Trooper on a Speeder Bike from the Star Wars series.

Mario killed the Scout Trooper and sent Sonic flying at the beginning of the race by blasting them off the track with a Bullet Bill. He ends up being the third racer eliminated from the race after a Bob-omb he tossed at Sonic is sent back at him from the Barrel Cannon, which then blows him up and sends him flying off the track.

Sprite used in DBX and One Minute Melee 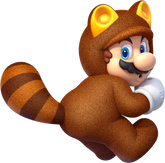 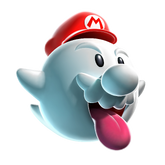 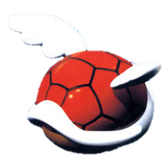 Retrieved from "https://deathbattle.fandom.com/wiki/Mario?oldid=1129164"
Community content is available under CC-BY-SA unless otherwise noted.