Mechagodzilla (nicknamed Kiryu), piloted by Akane Yashiro, is a protagonist from the Godzilla series. It appeared in the 114th episode of DEATH BATTLE!, Dragonzord VS Mechagodzilla, where it fought against the Dragonzord from the Power Rangers series.

Built around the skeletal remains of the Godzilla that attacked Tokyo in 1954, Kiryu was an advanced cyborg designed to defend Japan from the kaiju that frequently menace it, particularly the current Godzilla. Kiryu first saw action in 2003 when he was deployed to battle Godzilla when he surfaced at Hakkeijima. However, Godzilla's roar awakened the original Godzilla's restless spirit that was attached to Kiryu's skeleton, causing the machine to go berserk. Kiryu was recalled and his programming altered so this incident could never occur again, before being sent out against Godzilla a second time when he landed at Tokyo. Kiryu fought Godzilla to a draw, leaving him with a gruesome chest wound and himself losing an arm. Kiryu was rebuilt over the course of a year and sent into combat with Godzilla again when he returned to Tokyo. Kiryu fought alongside Mothraand her twin larvae and finally triumphed against his organic counterpart by reopening the wound on Godzilla's chest. The original Godzilla's spirit took control of Kiryu once again and chose to sink himself in the Japan Trench with the immobilized Godzilla and deactivate itself rather than kill another member of his kind.

Mechagodzilla makes a small cameo during Ganondorf VS Dracula, as it can be seen in the background clinging onto a statue and watching as Ganondorf steps out of Dracula's flames after he transformed into Ganon.

Note: These are Akane's quotes. Her dialogue is also translated from Japanese. 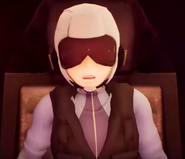 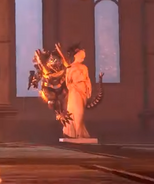 Mechagodzilla's cameo in Ganondorf VS Dracula 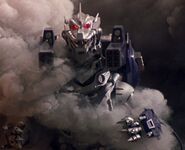 Retrieved from "https://deathbattle.fandom.com/wiki/Mechagodzilla?oldid=1082170"
Community content is available under CC-BY-SA unless otherwise noted.