The RX-78-2 Gundam, piloted by Amuro Ray, is the main protagonist of the Mobile Suit Gundam series. It appeared in the 98th episode of DEATH BATTLE!, Optimus Prime VS Gundam, where it fought against Optimus Prime from the Transformers series.

In the year 0079 of the Universal Century, the Principality of Zeon and the Earth Federation raged war of unprecedented proportions. After suffering heavy losses at the hands of mobile suits built by Zeon, the Earth Federation had enough and decided to build their own answer to the mobile suit problem with the help of Project V, lead by Tem Ray. However, before the project was completed, Zeon forces discovered it and attacked the base where the data and prototypes were stored in.

During the attack, Tem Ray's son, Amuro Ray, tried to find his father, but in the ensuing chaos, a manual of one of the prototypes, the RX-78-2 Gundam, fell next to him. Knowing what he had to do, he located the Gundam and successfully defended the base, while accidentally causing massive damage to it. Having no other options left, Amuro and the Gundam were assigned to defend the White Base mobile suit carrier on its way to Earth Federation's headquarter in Jaburo.

Note: These are Amuro's quotes. 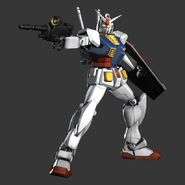 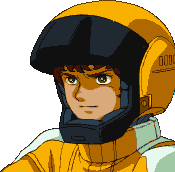 Amuro Ray (the pilot of the Gundam)

Retrieved from "https://deathbattle.fandom.com/wiki/RX-78-2_Gundam?oldid=1034619"
Community content is available under CC-BY-SA unless otherwise noted.