Sailor Galaxia is one of the main antagonists of the Sailor Moon series. She appeared in the 130th episode of DEATH BATTLE!, Beerus VS Sailor Galaxia, where she fought against Beerus from the Dragon Ball series.

Sailor Galaxia was once ranked as the legendary strongest Sailor Senshi in the Milky Way Galaxy. She, along with many other planetary Sailor Senshi fought the Sailor Wars against the source of all malice, Chaos, whose very nature was to consume the galaxy and all of its inhabitants. To finally put an end to the bloody conflict that has been spanning for centuries and thereby guaranteeing the safety of the galaxy forever, she decided to seal Chaos in the only one place where no one would be able to free it: inside herself. She used her magical sword to pierce into the heart of Chaos, drawing it into her body and sealing it in.

However, the greatest battle for Sailor Galaxia had only begun when Chaos now began tearing at her soul with each heartbeat and she finally realized that her soul was slowly succumbing to the evil entity's rule. Instead of releasing Chaos, she released her soul, her Star Seed, into space where it would be untainted by Chaos.

As a soulless Galaxia finally fell under Chaos' control, she became the greatest enemy of the galaxy where once she was its guardian and savior. To become the most powerful being in the universe, she attacked and destroyed worlds and civilizations across space to steal star seeds of sentient beings to control the universe for herself in the name of "Star Galaxia". 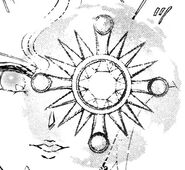 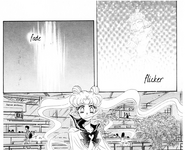 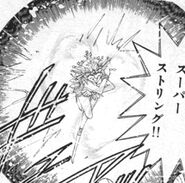 Galactica Inflation
Add a photo to this gallery

Retrieved from "https://deathbattle.fandom.com/wiki/Sailor_Galaxia?oldid=1073476"
Community content is available under CC-BY-SA unless otherwise noted.