Samus Aran is the main protagonist of the Metroid series. She appeared in the first episode and series Premiere of DEATH BATTLE!, Boba Fett VS Samus Aran, as well as the remastered version in the 43rd episode, where she fought against Boba Fett from the Star Wars series.

Samus Aran was originally an inhabitant of the Earth colony K-2L. Following a space pirate raid on the colony, which led to her parents' death at the hands of Ridley, Samus Aran, as the lone survivor, was adopted by the bird-like species Chozo and was injected with their DNA, making her faster and stronger than the average human. She then grew up to be a bounty hunter, going all across the galaxy armed with her Arm Cannon and Power Suit to complete her missions across the universe, from planet to planet.

Samus appeared in Season 1 of One Minute Melee, where she seemingly fought against Mega Man from the series of the same name and lost. However, at the end of the episode it's revealed that it was actually SA-X impersonating her the entire time. The real Samus arrived after the battle and teamed up with Mega Man to take the imposter down.

Samus appeared in Season 2 of DBX, where she fought against Master Chief from the Halo series and won.

She later made a cameo appearance in the beginning of the Season 4 Finale of DBX, Batman VS Iron Man, where she can be seen in the crowd during the auction. 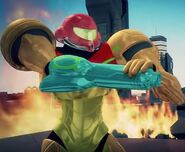 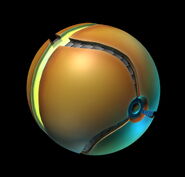 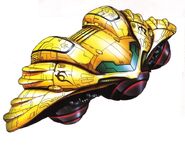 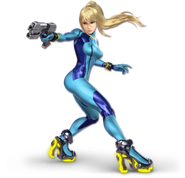 Samus in her Zero Suit
Add a photo to this gallery

Retrieved from "https://deathbattle.fandom.com/wiki/Samus_Aran?oldid=1082176"
Community content is available under CC-BY-SA unless otherwise noted.