Little is known about Shovel Knight except that he and his partner Shield Knight traveled across the world together collecting treasure. Then, during an expedition in the Tower of Fate, a cursed amulet took control of Shield Knight and disappeared with her.

Despondent over his partners disappearance, Shovel Knight gave up adventuring, until he heard of the Enchantress and her "Order of No Quarter". Knowing that she unsealed the Tower of Fate, Shovel Knight took it to himself to go to the tower, and find his partner.

Shovel Knight appeared in Season 5 of One Minute Melee, where he fought against Meta Knight from the Kirby series and lost. After the battle, he is rescued by the real Meta Knight, as the one he fought turned out to be Dark Meta Knight in disguise.

Shovel Knight appeared in Season 5 of DBX, where he fought against Shantae from the series of the same name and won. 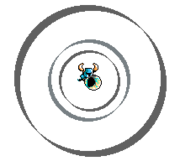 War Horn
Add a photo to this gallery

Retrieved from "https://deathbattle.fandom.com/wiki/Shovel_Knight?oldid=1067099"
Community content is available under CC-BY-SA unless otherwise noted.