Strider Hiryu is the main protagonist of the Strider series. He appeared in the 28th episode of DEATH BATTLE!, Ryu Hayabusa VS Strider Hiryu, where he fought against Ryu Hayabusa from the Ninja Gaiden series.

Hiryu was orphaned at a very young age. He was put through the intense Strider program, a training school for high-tech ninja mercenaries.  He far exceeded his teachers´ expectations, and soon became the youngest student in the organization´s history to reach the highest rank of Special A-Class Strider. After reaching this remarkable rank, Hiryu was sent on a mission to kill a rogue Strider, who just so happened to be his own sister. He retired after his sister's death but was called back into action to destroy threats to humanity.

Stider Hiryu appeared in Season 2 of DBX, where he fought against Zero from the ​Mega Man X series and lost. 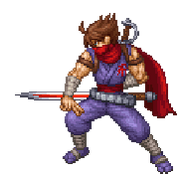 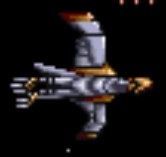 Legion
Add a photo to this gallery

Retrieved from "https://deathbattle.fandom.com/wiki/Strider_Hiryu?oldid=1009614"
Community content is available under CC-BY-SA unless otherwise noted.