The Scout is one of the main protagonists of the Team Fortress series. He appeared in the 66th episode of DEATH BATTLE!, Tracer VS Scout, where he fought against Tracer from the Overwatch series.

The youngest of eight boys from the south side of Boston, the Scout learned early how to solve problems with his fists. With seven older brothers on his side, fights tended to end before the runt of the litter could maneuver into punching distance, so the Scout trained himself to run. He ran everywhere, all the time, until he could beat his pack of mad dog siblings to the fray.

Scout works as a mercenary aligned with RED or BLU, two sides that emerged from a familial dispute between Redmond and Blutarch Mann. 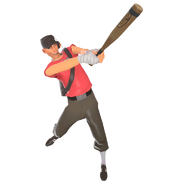 The Scout with a Sandman Bat 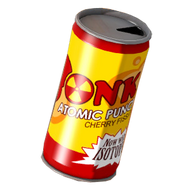 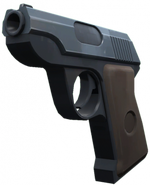 Scout's Pistol
Add a photo to this gallery

Retrieved from "https://deathbattle.fandom.com/wiki/The_Scout?oldid=1073518"
Community content is available under CC-BY-SA unless otherwise noted.