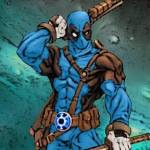 Hey, my name is Darremiah Fenris which I named myself from one of my characters from World of Warcraft. I created my wiki account because I wanted to add my ideas and share my thoughts about something that I like to discuss about. I also love gaming, movies, comedy, and theories based on them.

Retrieved from "https://deathbattle.fandom.com/wiki/User:1pizza877?oldid=823132"
Community content is available under CC-BY-SA unless otherwise noted.