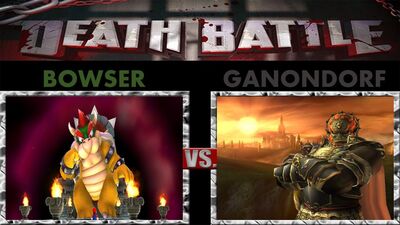 They are two of Nintendo's most recognizable villains. Bowser Koopa, the Mushroom Kingdom's reptilian tyrant, and Ganondorf, Hyrule's king of darkness.

Who would win a DEATH BATTLE? That's for me to look at and you to find out! 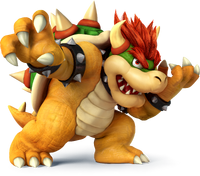 Ever since he was a little Koopa, Bowser has always been the power-hungry giant turtle we all know and love to hate. Nowadays, he has made constant attempts to conquer the kingdom, all being thwarted by a chubby Italian plumber clad in red. Not surprisingly, as he seems to only have one strategy: Kidnap Princess Peach. Over and over and over again. He's very persistent.

Bowser prefers not to wield weapons in battle. 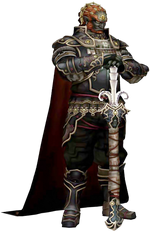 Ganondorf was born as a male in the Gerudo tribe, a tribe of all women. According to the prophecy, the male Gerudo would become a king. Little did they realize that Ganondorf would become the king of darkness, as he is also the reincarnation of Demise.

Who do you think would win, a DEATH BATTLE?