Vergil is an antagonist from the Devil May Cry series. He appeared in the 87th episode and Season 4 Finale of DEATH BATTLE!, Sephiroth VS Vergil, where he fought against Sephiroth from the Final Fantasy series.

The eldest twin son of the Legendary Dark Knight, Sparda and his human wife, Eva, both his life and his younger brother, Dante's were forever changed when they watched helplessly as demons killed their mother. Believing himself responsible for not being able to protect her, Vergil sought absolute power by any means necessary, going so far as to cast aside his humanity and embrace his demonic heritage.

Vergil appeared in Season 2 of One Minute Melee, where he fought against his DEATH BATTLE! opponent Sephiroth and won.

He returned in Season 5, where he fought against Sephiroth again, which ended in a draw.

Vergil appeared in Season 3 of DBX, where he fought against Hakumen from the BlazBlue series and lost. 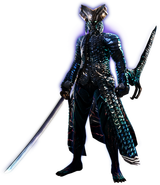 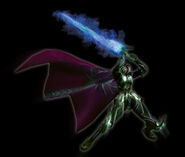 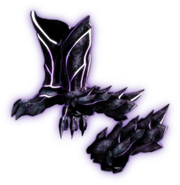 Heavy Rain
Add a photo to this gallery

Retrieved from "https://deathbattle.fandom.com/wiki/Vergil?oldid=1049314"
Community content is available under CC-BY-SA unless otherwise noted.