The White Tigerzord, piloted by the White Ranger and Saba, is a protagonist from the Power Rangers series. It appeared in the 37th episode of DEATH BATTLE!, Tigerzord VS Gundam Epyon, where it fought against Gundam Epyon from the Mobile Suit Gundam Wing series.

The White Tigerzord is the sixth Thunderzord created by Zordon and Alpha-5 when the battle between the Power Rangers and Lord Zedd was getting intense. It has two modes, an animal mode, and a warrior mode that is used for most of the fighting. When combined with the Thunder Assault Team, it becomes the Mega Tigerzord.

Its pilot is Tommy Oliver, who did not start his career as a Ranger in a good way. He was placed under a spell as the Mighty Morphin Green Ranger by Rita Repulsa, but was soon freed by the other five Rangers and joined in their fight. When his Green Ranger powers were completely decimated, Zordon gave him the new Mighty Morphin White Ranger powers to use thanks to the new White Tigerzord Power Coin, and eventually became the leader of the team when Jason Lee Scott, the Red Ranger, left the team.

The White Ranger, aka Tommy Oliver 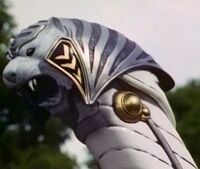 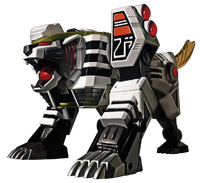 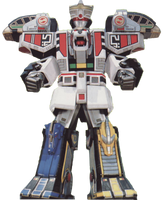 Mega White Tigerzord
Add a photo to this gallery

Retrieved from "https://deathbattle.fandom.com/wiki/White_Tigerzord?oldid=1059697"
Community content is available under CC-BY-SA unless otherwise noted.